Not Safe For Work.
Warning: this image may feature content not intended for minors or disturbing content. 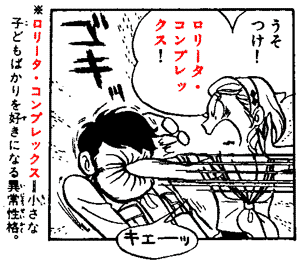 The file lolita-complex-kyabetsu-batake-de-tsumazuite.png has been used in the following articles: